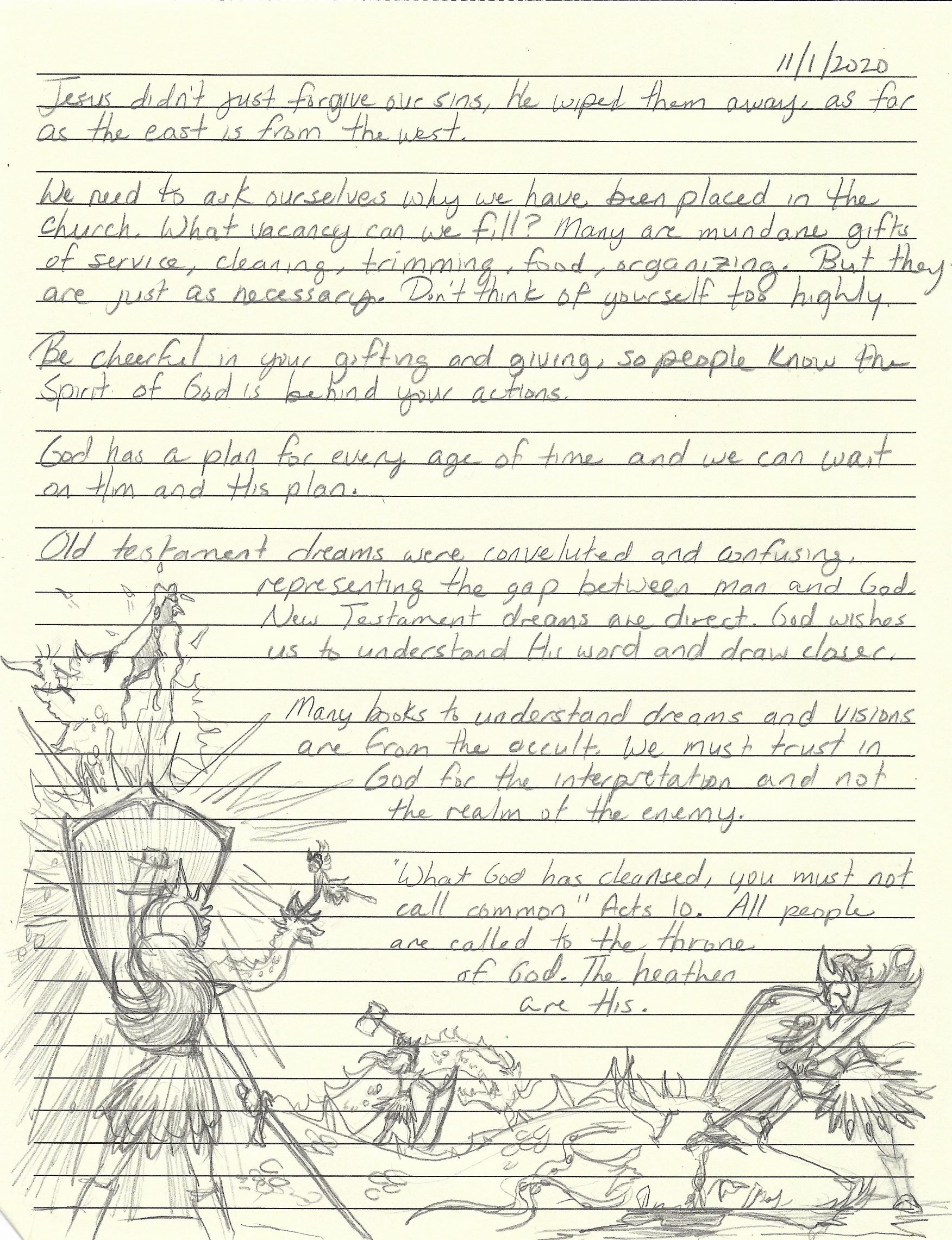 Mt Deliverance Worship Center sermon. Another member and I had dreams and visions of Leviathan in the past weeks. When listening to a podcast about the weapons of God (battle ax, arrows, shield of favor, hammer, sword, spear, etc.), I had a vision of a woman thrusting her sword through the head of Leviathan. She was armored and beautifully covered in living spiritual fire. As I pondered on the left handed woman, God later revealed to me that it me in the vision and that was my spiritual armor. Though I am left handed in writing and would naturally draw a sword with my left hand, I am not stronger on that side. And I learned it was not the sword but the shield that I wield with dominance. I’ve been learning that the shield is both an offensive and defensive weapon in spiritual war.

Within a couple weeks a friend of mine had a dream where she saw a weaving marine spirit that evaded every stab of her sword. It seemed an endless fight, until she lowered the visor on her helmet and saw Leviathan clearly. Then a flash of power and light came from her shield and she destroyed the beast.

Two women battling Leviathan was enough to merit a sketch. I believe there are others out there wielding the other holy weapons of God. Rise up, women. We were created for such a time as this.

Jesus didn’t just forgive our sins, He wiped them away, as far as the east is from the west.

We need to ask ourselves why we have been placed in the church. What vacancy can we fill? Many are mundane gifts of service, cleaning, trimming, food, and organizing. But they are just as necessary. Don’t think of yourself too highly.

Be cheerful in your gifting and giving, so people know the Spirit of God is behind your actions.

God has a plan for every age of time and we can wait on Him and His plan.

Many books to understand dreams and visions are from the occult. We must trust in God for the interpretation and not the realm of the enemy.

“What God has cleansed, you must not call common.” Acts 10. All people are called to the throne of God. The heathen are his.