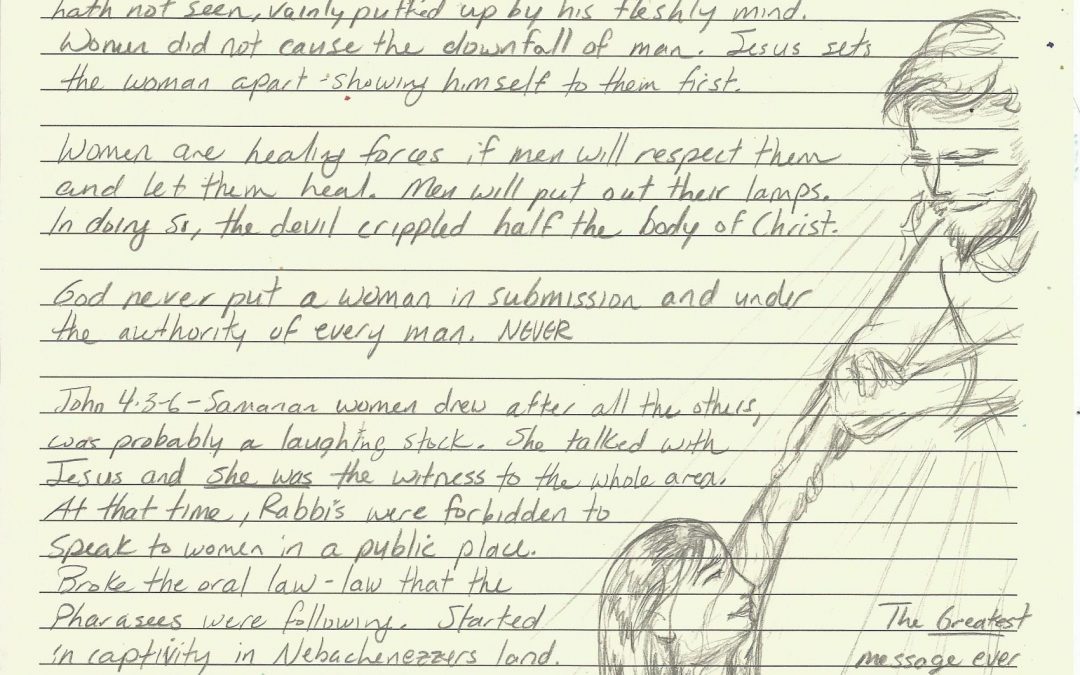 Jesus longs to raise the women up. Study Deborah, the wife of Manoah, and Jesus’s teachings to gain insight on the powerful role God has handed to women. Galatians 3:28 sums it all up. There is neither Jew nor Gentile, neither slave nor free, nor is there male and female, for you are all one in Christ Jesus.
http://www.blogtalkradio.com/drpatholliday/2019/02/13/the-wailing-womendr-pat-hollidaydr-sabrina-sessionsmarshall-perot

Women are a healing agent in the body of Christ, but not in American Christianity. Bible calls them wailing women. Jesus never mistreats a single woman, no matter a heathen or adulteress or what. Never came against them either.

Colossians 2:18 – Let no man beguile you of your reward in a voluntary humility and worshiping of angels, intruding into things which he hath not seen, vainly puffed up by his fleshly mind. Women did not cause the downfall of man. Jesus sets the woman apart – showing himself to them first.

Women are healing forces if men will respect them and let them heal. Men will put out their lamps. In doing so, the devil crippled half the body of Christ.

God never put a woman in submission and under the authority of every man. NEVER.

John 4:3-6 – Samarian woman drew after all the others, was probably a laughing stock. She talked with Jesus and she was the witness to the whole area. At that time, Rabbis were forbidden to speak to women in a public place. Broke the oral law – law that the Pharisees were following. Started in captivity in Nebuchadnezzar’s land.

Jeremiah 9:17 – Skilled or wise women who took on as wailing women – Prayed for their country in extreme trauma.

We were former sinners who were saved by grace. Every word will be made accountable.

The greatest message ever given was given by a woman. Christ is risen.