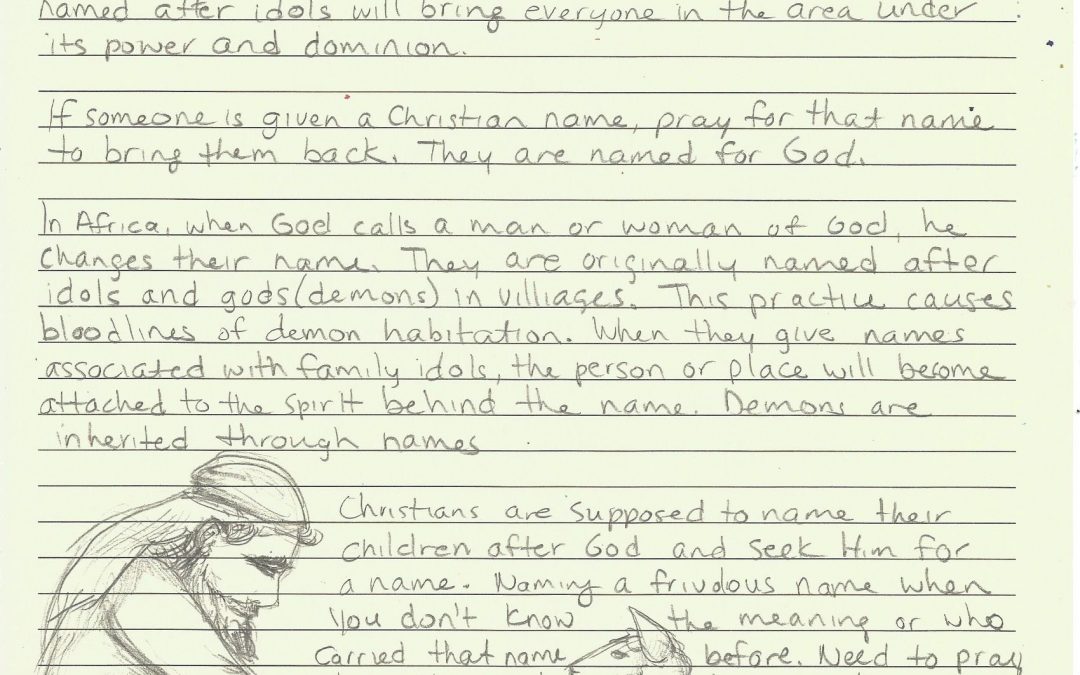 Important notes on the power of a name in scripture and deliverance. I am currently writing a mini book on this that will hopefully be available later this year!

New names change your spiritual identity. Whenever God was going to use a person for a specific thing, He will change their names.

God occasionally calls Peter “Simon” when he is acting like his old self. Does the same for Jacob.

Names can pronounce a curse on a child. People and areas named after idols will bring everyone in that area under its power and dominion.

If someone is given a Christian names, pray for that name to bring them back. They are named for God.

In Africa, when God calls a man or woman of God, He changes their name. They are originally named after idols and gods (demons) in villages. This practice causes bloodlines of demon habitation. Then they give names associated with family idols, the person or place will become attached to the spirit behind the name. Demons are inherited through names.

Christians are supposed to name their children after God and seek Him for a name. Naming a frivolous name when you don’t know the meaning or who carried that name before. Need to pray down the bloodline and the name.

Name is connected to destiny, character, and life fulfillment.