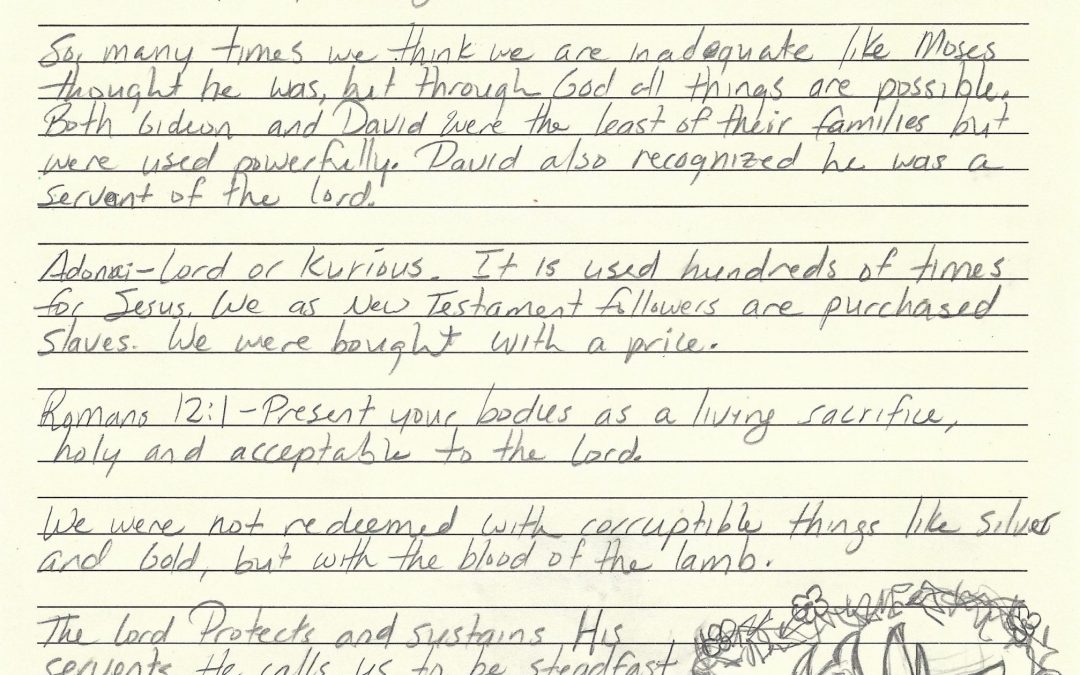 The purchased slave had the right of the master’s protection. We were bought by the blood. Moses speaks of this relationship by calling himself a servant before the Lord.

So many times we think we are inadequate like Moses thought he was, but through God all things are possible. Both Gideon and David were the least of their families but were used powerfully. David also recognized he was a servant of the Lord.

Adonai – Lord or Kurious. It is used hundreds of times for Jesus. We as New Testament followers are purchased slaves. We were bought with a price.

Romans 12:1 – Present your bodies as a living sacrifice, holy and acceptable to the Lord.

We were not redeemed with the corruptible things like silver or gold, but with the blood of the lamb.

The Lord protects and sustains His servants. He calls us to be steadfast and unmovable because our labor is NOT in vain.

Jesus is our greatest example of a faithful servant. He humbled himself and became obedient to the point of death on the cross.