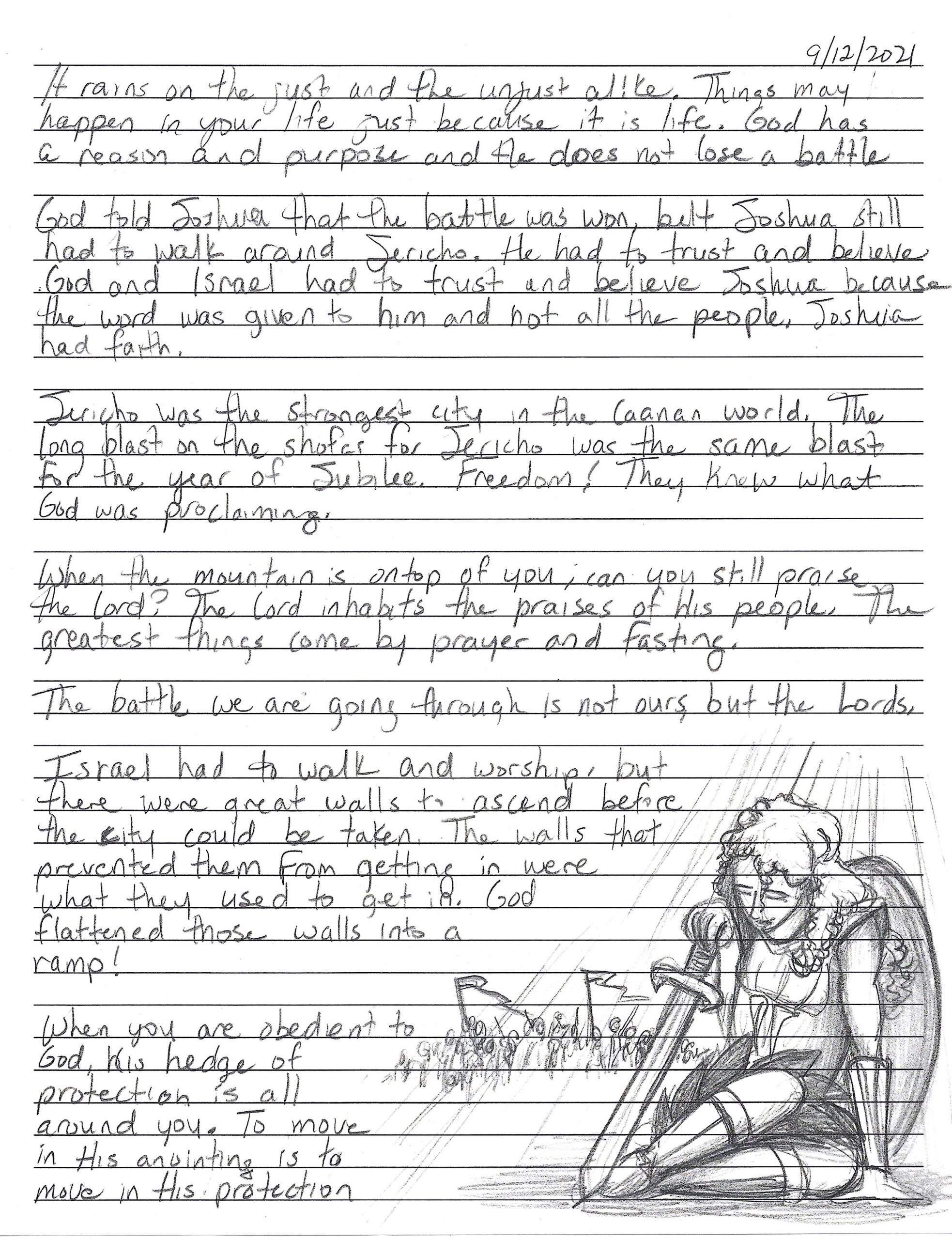 It rains on the just and the unjust alike. Things may happen in your life just because it is life. God has a reason and purpose and He does not lose a battle.

Jericho was the strongest city in the Canaan world. The long blast of the shofar for Jericho was the same blast for the year of Jubilee. Freedom! They knew what God was proclaiming.

When the mountain is on top of you, can you still praise the Lord? The Lord inhabits the praises of His people. The greatest things come by prayer and fasting.

The battle we are going through is not ours, but the Lord’s.

Israel had to walk an worship, but there were great walls to ascend before the city could be taken. The walls that prevented them from gelling in were what they used to get in. God flattened those walls into a ramp!