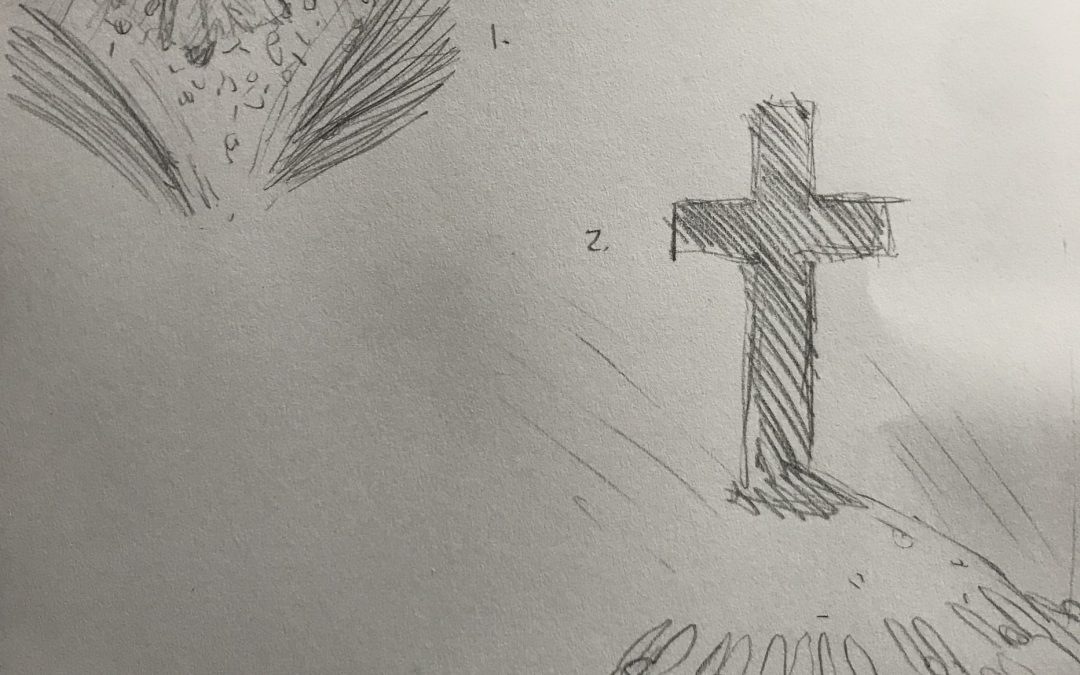 As I spent time with the Lord today, I began seeing a triangle of white, yellow, and golden colors. It was so bright. And then the hem of a pure white garment: Jesus walking closer. I knew it was Him even though I only saw to the knees, perhaps the waist at the highest. Person after person in my church has been seeing Jesus, but in the same way, only the lowest portion. Like we aren’t supposed to see His full glory yet. As one member said, like we are being called to hit our knees and pray and keep looking to Him for the revealing.

Then I saw the dark wooden cross. So thick and heavy. Great beams of wood on a mound with people all around. They were all on their knees and reaching for the cross. I got the distinct realization that there are so many on their knees before Him. Calling and interceding, weeping, praying, reaching with every fiber of their being in humble repentance to the cross. God’s remnant is larger than we can imagine.

And then I saw a great light in the distance. Like an open portal. It shone over this sea of people, only this time I saw a brief outline of the cross at an angle, the light shining over a crucified Christ as well. I did not understand the portal in the distance and why the light was separate from Jesus. Then I saw angels outpouring and flying toward Jesus. Weeping overcame me when I saw that the Father came for Jesus when surrounded by death.

That’s when God took me back to the first image and I understood it now. More tears fell as I realized what He was saying. The heavenly portals are open. The warring angels pour through while we are surrounded by fear and death. Yet the one who has conquered death walks through as well. Our heavenly comforter. Jesus hears our cries, and like the earlier revelation I had where it was distinct that He has stepped into our midst to heal America, I once again beheld Him coming. If you haven’t already, read about it here.

The Father hears the prayers of His remnant. He has opened his angelic portals for the war. And His prayer warriors should expectantly look toward Passover and Resurrection day in great anticipation. For as the portals were opened for Jesus, the only son of God, so they will be opened for God’s people. The Lord is making His glory known.

My mother mentioned that his sounded a lot like the rapture. And I felt the same. I think we were that close to being done here on earth: that the deep state thought they had won until Trump got in office. Their plan was completing. I believe we were as close as that last stand against Hitler and the Third Reich. The moments are still critical and all saints should be leaning close to the Father in this day and time.