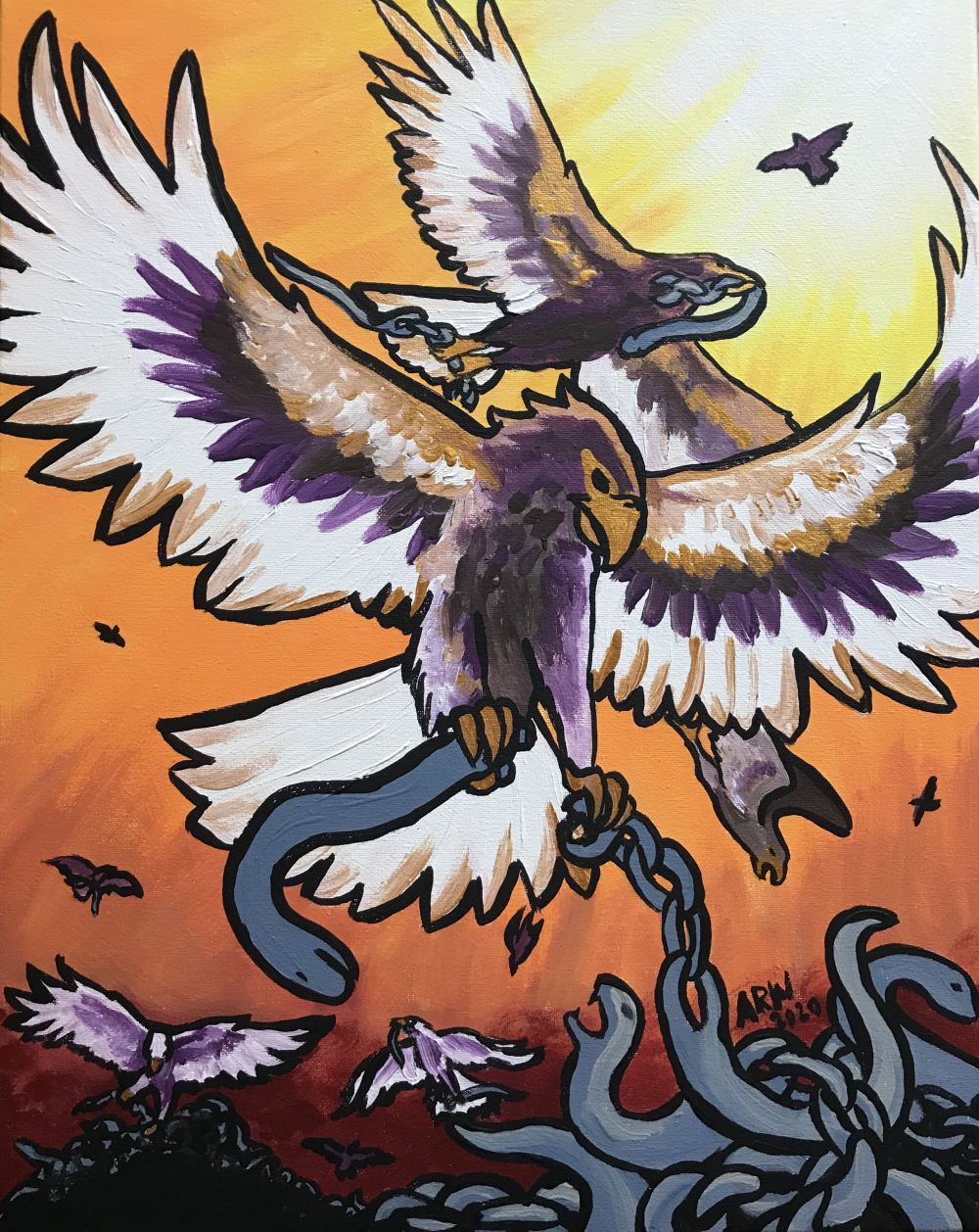 The pastor approached me the week before and said she was going to do a sermon on Chain Breaker, and she wanted me to paint during worship and her sermon. I said of course! Knowing the subject a week in advance allows me to sketch the idea out on the canvas and have it ready. Painting during both the worship and the sermon adds a good hour to the time I can invest in painting too. So I decided to go more detailed.

By the time I was heading home from church after being told the idea, all I could see was an eagle ripping apart chains. Earlier I had seen a meme about an eagle ripping apart a drone and sending it to the bottom of lake Michigan. I told my friend I had the idea already and she said she was seeing snake chains. They looked like snake heads and tails with chains in the middle. It was so perfect and I asked if I could incorporate that idea.

When the time to paint came, I got the impression it should be very graphic, almost comic book style. I get drawn in and sometimes only hear parts of songs and messages. When pastor sang a song, I heard a part about falcons and I thought how fitting. Then at alter call, the friend who had seen the snake chains was kneeling right in front of me. And I saw wings to either side, like a hawk resting and laying them on the ground. I questioned it immediately because the vision was not vivid. I more knew the wings were there than I saw them. And I had just painted a lot of wings, so it must just be me. But they didn’t go away. I questioned if they were supposed to be angels, but I distinctly got the same impression, that they were wings on her. Then I saw them lift as if they were soaring. I opened my eyes and was kind of shocked to see her hands were now lifted and the shape they made was exactly the shape of the lifted wings. I came close and told her, “you just lifted your wings.” It had become beyond clear this was not imagination.

My friend later told me that she came to the alter and felt as though a weight lifted at that point. Before she heard from me, she felt as though she was lifted and flying! She felt those wings carrying her. It was an wonderful confirmation.