The Warhorse and the Plow 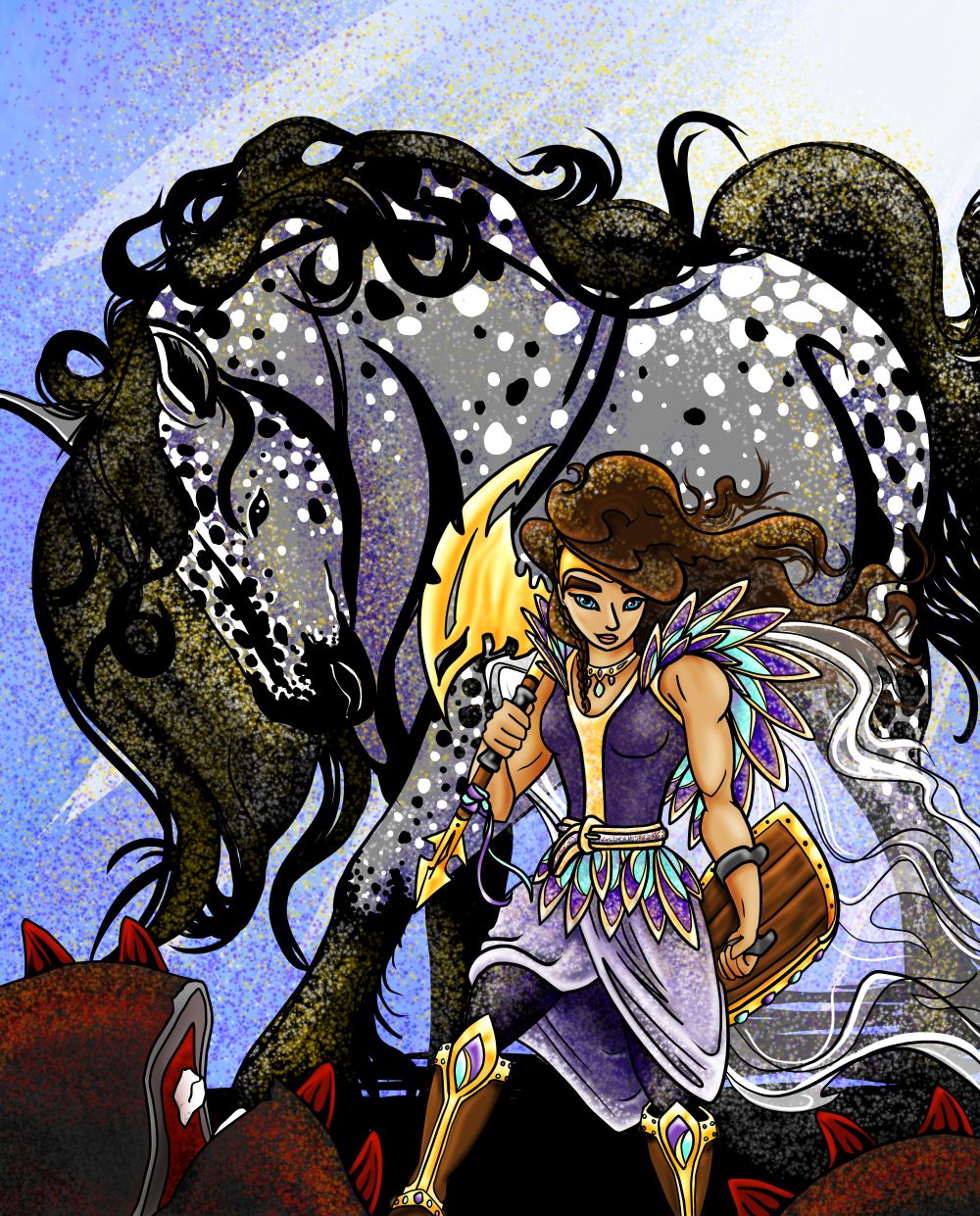 A huge gray warhorse has visited me twice in dreams, and he’s absolutely magnificent. He was being carelessly ridden by a young boy in the first dream and was running off after the rider had fallen or dismounted or otherwise left him. I calmed him and spoke to him, and then mounted and rode him, showing the peace and ability he could have with a good rider.

Enormous and absolutely stunning, this Percheron type horse towered over me and looked like he could charge through any obstacle. The dream felt like more than a dream and I knew I was riding an intelligent spiritual creature from God’s kingdom. He was trying to teach me something about prayer.

A warhorse is not built for games, play, or for babes in the Lord to yield. His power is incredible against the enemy kingdom, but regulated to the child’s pony pen is not where he will excel.

Then he appeared in another dream not long after.

The church was hitching a team of these gorgeous, huge Percherons to a plow. Everything looked good to them in the barn and they ordered the team forward. The horses obediently followed the words of the church and headed for the fields. While they crossed the pavement and stone paths, they were fine, but the moment they entered the fields, they sunk in the mire. The whole team scrambled and a man shouted in anger that they had faltered.

I ran to them in horror and concern, and grabbed the reins of the powerful gray horse near the back of the line. He had sunk to his head, but this was a dream and not real life. I impossibly pulled him back to the stone path. He shook his head in anger! Hooves slapped the ground hard as he pranced beside me, all his power evident now that he wasn’t in the mire.

“I’m made for war, not the plow!” He exclaimed in righteous anger.

And there was lesson two that he taught: our dulled American church has hitched the warhorses to the plow. We have wiped out the direction of the Lord of Heaven’s Armies and have emasculated the church. Love, love, love, we proclaim, while we neglect to perfectly hate what our Lord and Savior hates. The teeth are missing from our prayers. We let the enemy run the show and we don’t work with heaven to WAR against him.

I’m not saying that tending the fields isn’t needed. Of course planting and tilling the grounds of salvation is absolutely essential. I’m saying to stop hitching the warhorse to the plow and expecting good results. We plow when it is needed and we war when it is needed. Start listening to the Lord of Heaven’s Armies for your direction and watch what happens when you send those warhorse prayers against the enemy.

Isaiah 28:23-29 is a good illustration of certain tools being used for certain things, and that their proper applications are considered wisdom given from the Lord.

When I pondered over the dreams and the messages given, the following poem poured out in one session about the warhorse, the plow, and the church.

Don’t Hitch the Warhorse to the Plow

The church is gathering, bustling, busy,
They hitch the horses and cry,
“To the fields, you powerful drafts!”
And toward me one turns his eye.

He is strong!  Impossibly big,
Huge hooves clatter across the stone.
A whole team of power hitched to plow,
Buckles and harnesses shone.

They push forward, obedient to the bride,
They beckon to Christian call.
But once their feet hit the fields,
One by one they fall.

People scatter or cry in anger,
“These horses God sent are weak!
To fail to even plow the ground,
What good did it do to seek?”

My heart flutters and I run to the one,
With that soft eye filled with fire.
Grasp the reins and impossibly pull,
A giant gray horse from the mire.

He shakes his head, his mane flips over,
He snorts and prances on solid ground.
“I’m made for war and not the plow!”
He exclaims to everyone around.

I calm and soothe and realize prayer,
Engages our spiritual brothers to arms,
Prayers for seed and prayers to grow,
Are different than prayers for enemy harm.

Don’t send the baby to the frontlines,
Don’t use a rake as a sword,
Don’t hitch the warhorse to the plow,
Study and observe God’s word.