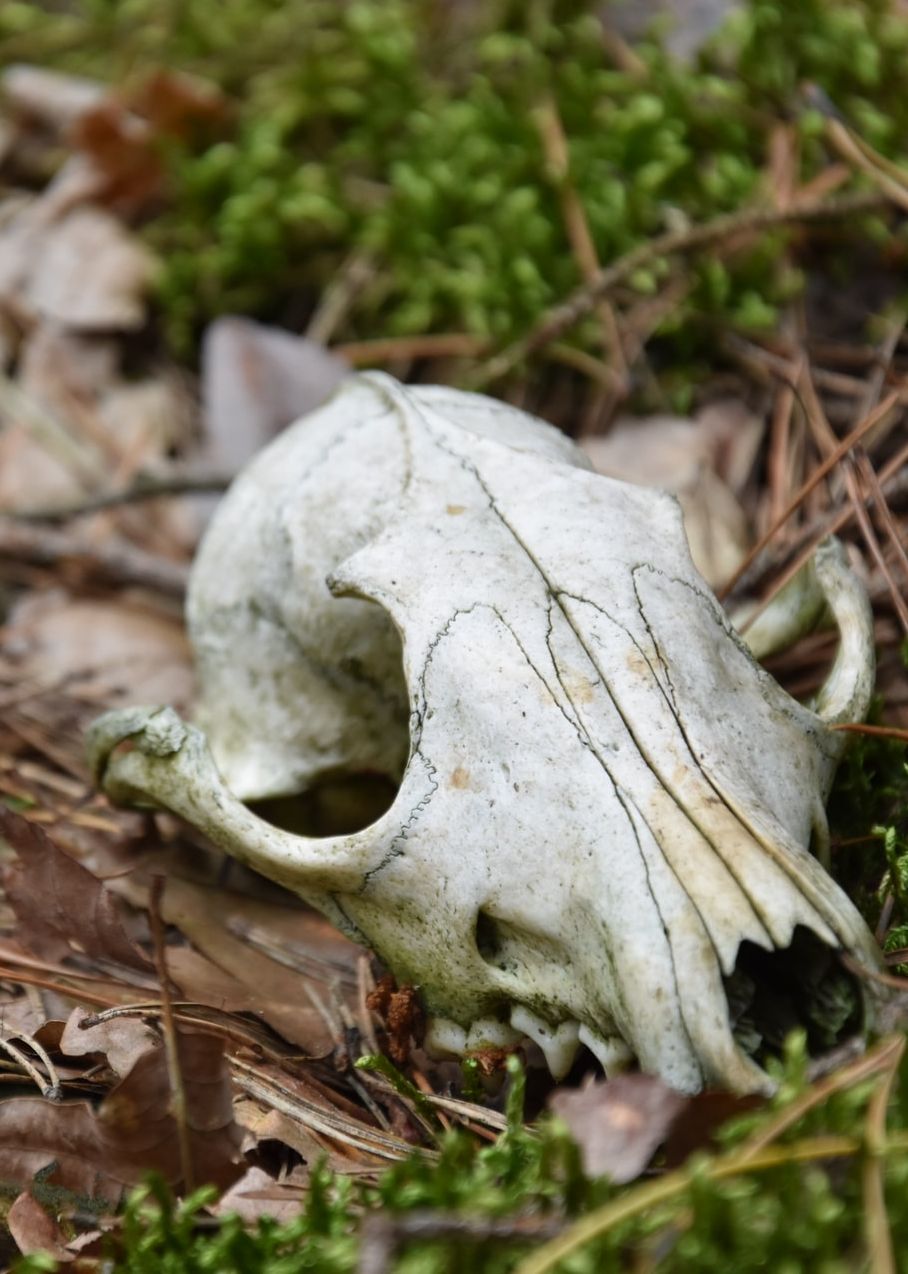 I woke with last night’s dream fresh on my mind. Spoken words from prayers in the midnight hours hours rang again in my head with the morning light:

In the dream, my husband and I were trying to rebuild a young deer. We were building on top of the bones to make a sculpture. The cement was not drying and it was not turning out well. Cracks were all through it. But we were trying hard to build it so that it looked as beautiful as a living deer. Then I went walking out for more bones. I was in a barren lake bed that was just mud and bones for as far as I could see. They were all deer bones. Many of them smaller bits. Broken. And as I walked further in the lake bed, there was this one big deer and the horns had been removed. I got a revelation in the dream that the horns were taken first. Then there was darkness and snakes on the far shore that I began retreating from.

I woke upset at seeing all these skeleton deer. Throughout the past months, my friend and I have seen deer as representing people and our families. So it hit hard at first. But I was immediately filled with “prophesy dead bones to life.” So that’s what I did in the middle of the night. Then I realized the horns were removed first because horns are biblically symbolic of power, authority, and kingdoms. So I prayed the horns to be restored to Gods people. Both my friend and I believe the deer were Gods people that needed revived. I also believe that while my husband’s and my good intentions were to help another, our work was a miserable failure compared to the power of the living God. Only He can speak life and remake what once was.

That evening as I was getting fuel, a song was faintly playing through bad gas station speakers. I never hear secular radio unless I’m out publicly like that. I got the tingling feeling of the Spirit and I thought, “yeah, this song is probably pretty bad. I can’t make out the words, but I’m sure it is.”

Suddenly I hear the words clearly, “you can’t build a house without good bones!” I laughed at God speaking through secular music and reaffirming the importance of the dry bones coming to life. His house needs good bones. The body of Christ needs good support to be built. And like my dream, we must speak out loud and prophesy it. It is God who will build His house, not us. Our attempts to build the body of Christ without Him will be unfruitful and honestly, rather ugly.

The very next day, Nate Johnston posts on Instagram a prophetic audio clip of him prophesying dry bones to life. I was filled with chills listening to it. God is speaking in this hour. Are we listening?